This post is a joke and features announced are not part of our mid-term planing and/or official releases. You still think we mentioned something useful? Do not hesitate to give us feedback @bpmn_io or via our project forums.

Good user interaction is a basis for a solid modeling experience. This post introduces a new way to model BPMN 2.0 with bpmn-js. It unleashes the full complexity of the BPMN 2.0 specification onto users while going back to simplicity in the little things.

We are proud to say we listened to our users. As a result we overhauled some of the basic mechanics behind our BPMN 2.0 modeling interaction. Have a look yourself:

The new layout adresses two issues: access to BPMN 2.0 elements and confusion about the context pad.

The new user interface gives users access to all BPMN 2.0 elements, all the time. This allows you to be more precise about what to model. It helps you to learn about various available BPMN 2.0 elements quicker, too. 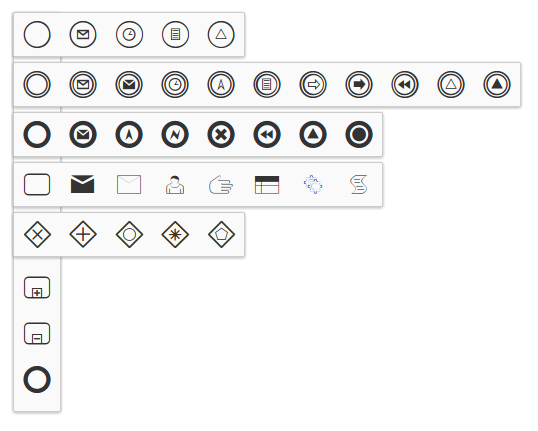 Initially we thought that a context pad, i.e., a number of action buttons next to a modeled element was a good idea. Over time, however, the number of actions in the context pad grew and it became a fiddly, hard to understand collection of symbols. We realised it is about simplification in the little details. That is why we got rid of the append element actions as well as the trash bin. The new context pad should be dead simple to handle, once again. 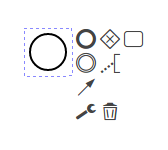 We are excited about the upcoming user interface changes and see them as a first step towards building a really awesome BPMN 2.0 modeling tool. How do you feel about them though? Is there anything you particularily like or dislike about the new UI?

We are open to your feedback via Twitter and our forums.

PS: You want to try out the new user interface yourself? It is in our code base already.