For our project, 2018 was a year of significant modeling improvements, library rewrites, refactorings, and increased popularity. With the end of the year quickly approaching, let us take a look at our accomplishments and into the near future.

Looking at the year from the feature perspective a few aspects are worth highlighting:

Often times significant work happened in one of the many underlying libraries supporting our diagram toolkits/editors. As an example we published twelve releases in bpmn-moddle, each improving the way our BPMN modeler consumes and exports BPMN 2.0 diagrams.

Altogether we cut more than 75 releases (40 being actual feature releases) in over 20 libraries and wrote twelve blog posts to communicate the new and noteworthy in our ecosystem.

Looking at 2018 in numbers it is hard to ignore the increased interest in our project. Significantly more new people visited our project website, asked for help and contributed to our forum and starred our projects on GitHub. As a result of increased popularity, more people than ever contributed their extensions and gave valuable feedback on improving, embedding as well as extending our libraries. 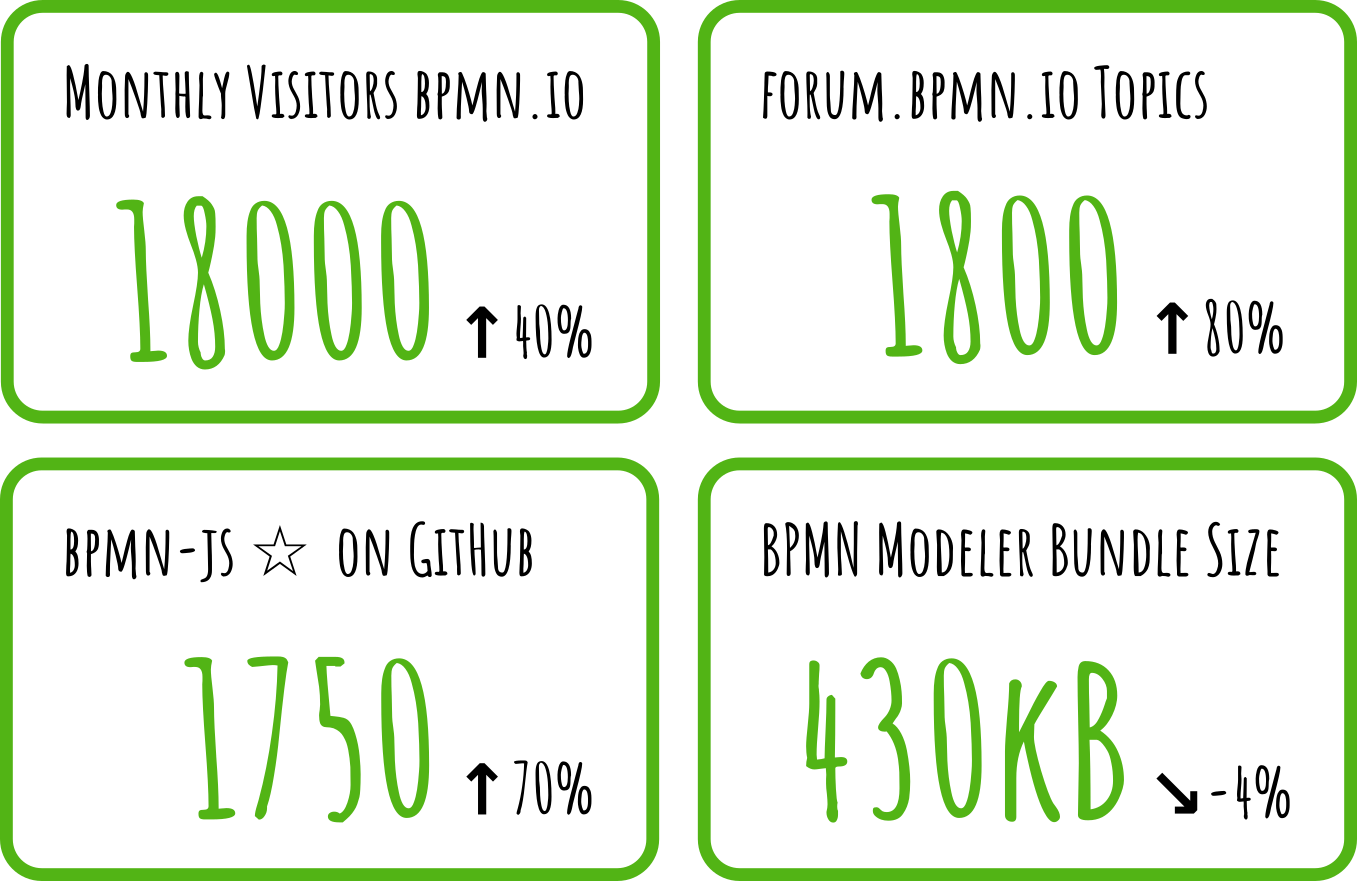 Crawling our stats we found one interesting number that dwindled, too: Despite many features added over the year our BPMN modeler it is actually lighter now than it was at the end of 2017. Good news in times of bundle phobia and rising bandwidth awareness!

With two new people onboarded in 2018, we are now back at a respectable size of 3.5 full-time developers, dedicated to working on our toolkits as well as the Camunda Modeler.

We realize that our libraries are in a good shape now. This, however, does not mean we completed our mission to offer great BPMN, CMMN and DMN tooling that is accessible to everyone. Your feedback helps us realize that there exists significant room for future improvements across all our tools.

The Future is Now

So what is up in 2019? For the first quarter we set out to carry out the following:

Share your thoughts and feedback in our forum or @bpmn_io and stick with us for updates on our just great modeling mission in 2019.